Photos keeps your images organized and accessible. Rediscover favorite shots with Memories. Access them on your devices with iCloud Photos. This has always been possible, the thing that makes this particular
implementation so nice is that the images are loaded dynamically with
JavaScript. But you could make this yourself today, without any extra
trickery.

First, have a look at my example page for QuickTime Poster Frames:

Next, experiment with the Show/Hide Target Layer action, particularly
as it relates to the Rollover Action. What you will want to do is put
a Poster Frame for each of your many movies on a separate layer in
your page. Each layer should have Show/Hide Target Layer on it, and
each should be configured for a different target number. Each layer
should also be set to Initially Hidden.

Make a set of trigger buttons using the Rollover action. Set the
Click event on those buttons to trigger each of the Target Layers in
turn.

What this implementation will lack compared with Apple’s is that you
will have to wait until all of the poster frames have loaded before
the page will work. Apple’s is using Ajax to “lazy-load” the
resources as they are requested. That’s also possible in Freeway with
the Protaculous Action, but you should try this method first and work
out the physics of it before you move on to the next level.

Thanks for the reply. The main reason is i want such a movie like Apple is not the posterframe. If you use posterframe, you will have the normal Quicktime controller, but on Apple’s site you have controllers like the color of the site…

so is this possible or is Ajax needed for this?

Not Ajax per se. Apple have provided a way to control QuickTime
movies using JavaScript since version 4 or so. The custom slider that
they use is built using Prototype.js, Scriptaculous, and some hand-
rolled code of their own. Basically, the start/stop control is a
graphic that calls a toggle function – if the movie is playing, it
passes the stop() event to it, and vice versa, and then it swaps
images on itself.

The scroller is doing some math to determine what percentage of the
total width of the playback bar should be set as the left position of
the “thumb”. The same control is used to choose a spot on the movie
to begin play.

You can learn more about Prototype and Scriptaculous here:

Apple also has an extensive QuickTime Developer library, which you
can access from: 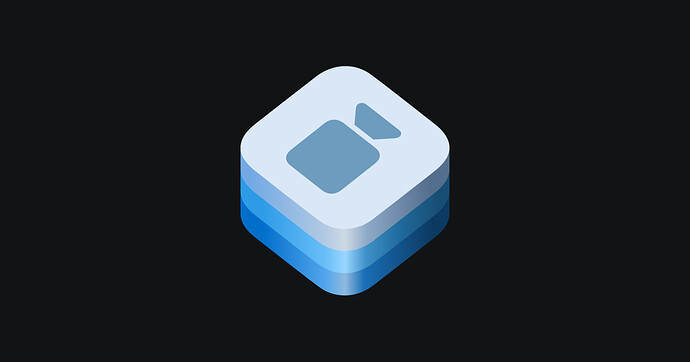 Now all that is well and good, but it is possible to take this a bit
too far. Apple’s own TV Ad viewer will generally work for me for the
first one or two movies I try to play, then stop working altogether.
And this on a modern and well-endowed Mac running a recent version of
the Mac OS. So ask yourself what the color of the control area is
really worth. If the Aqua controls really bother you, you can set the
player to run without controls, and make a tasteful note to users
that they can stop and start the movie with a double-click.

Thanks for the reply. The main reason is i want such a movie like
Apple is not the posterframe. If you use posterframe, you will have
the normal Quicktime controller, but on Apple’s site you have
controllers like the color of the site…

so is this possible or is Ajax needed for this?