I often wonder about Apple’s policies 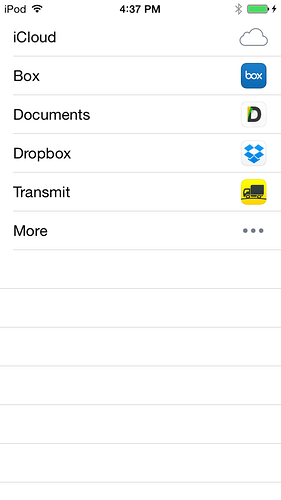 UPDATE 12/11/14: After a considerate conversation with Apple, Transmit iOS 1.1.2 has been released with restored "Send To" functionality. While the process feels less-than-perfect, this resolution is a nice reminder that, just as we thought, there...

Xiiro.com is for sale | HugeDomains

Great prices on a large selection of domains. Find the pefect domain for your new startup.

Maybe it’s something like that they don’t want people using iCloud Drive for general storage. Sort of like your web host - even though you might have X GB of space, you’re not supposed to be using it to backup your hard drive or whatever. That’s probably because they’re trying to keep you from filling it because if everyone did that, then they would run out of space.

Or, it could be one of those things Apple will change later, as the MacNN article mentioned.

OTOH, Apple does let you backup to their servers, right?